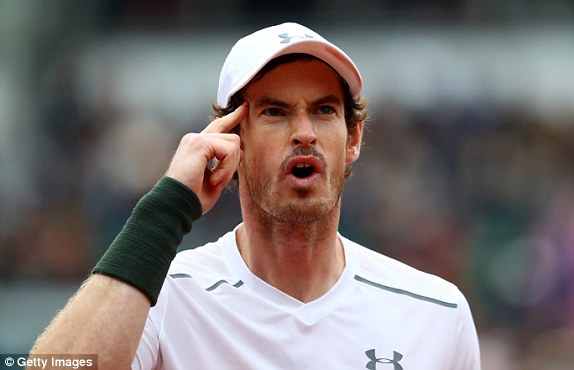 Sports are based on mental fortitude. Top athletes can focus at the right times and will themselves to play their based at the most critical moments.

In tennis, many coaches say that the mental game isn’t taught or practiced enough. Let’s start with the premise that the mind game is important. How important it is in relationship to the physical game is debatable but one thing for sure is that it is critical to an athlete’s success.

What to think and when to think are key elements. Being positive and reassuring to yourself is important for confidence but when are you supposed to think?

Don’t think just do. Even NIKE’s slogan Just Do It implies not thinking but just going out and doing it. At some point planning has to end and execution must begin. In tennis, players need to perform their primary thinking and strategy between points but not during them. During the point players should just let it happen and play freely, play the way you know. Do what you do best.

Thinking about technique should be done in private lessons and clinics but not in competition. Once you iron out your strokes then you can use them in competition comfortably and without much thought.

Here is how you can look at it.

So now that you know when to think, what are some of the things you should be thinking? After losing a point at the net you may think “this is the third time he passed me when I approached to his backhand. Either stay at the baseline or approach to his forehand. ”

You don’t want to be thinking “I just need to refine my movement on my approach shot. Perhaps I should try the hit and hop that I just learned.”

Keep thoughts primarily on strategy and away from technique.

The one shot in tennis you have complete control over is your serve. Your serve isn’t affected by your opponents last shot as every other shot in the game is. Novak Djokovic knows this well as he was stunned by Sam Querrey of the US in the 3rd round at Wimbledon in 2016. The world #1 and defending Wimbledon champion Djokovic said “Part of his game was brutal today, he made a lot of free points with his first serve. He overpowered me.”

Think before you serve then just let it happen. Andy Murray ended up winning Wimbledon in 2016 in straight sets. His first serve points won for the tournament was 78% and increased to 86% in the finals.

When you think can be just as important as what you think.

You can learn more about a couple of tennis GUINNESS WORLD RECORDS™ that I have been a part of:

FOX News Story
Inspirational Tennis Story: Tennis Begins with Love
If you found this article of value please consider making a donation to Save the Children. Otherwise, please share this article so that we can educate, inform and inspire others.
Make a Donation

If you are interested in my new book TENNACITY: The Tenacious Mindset On & Off the Court, please complete the form below.